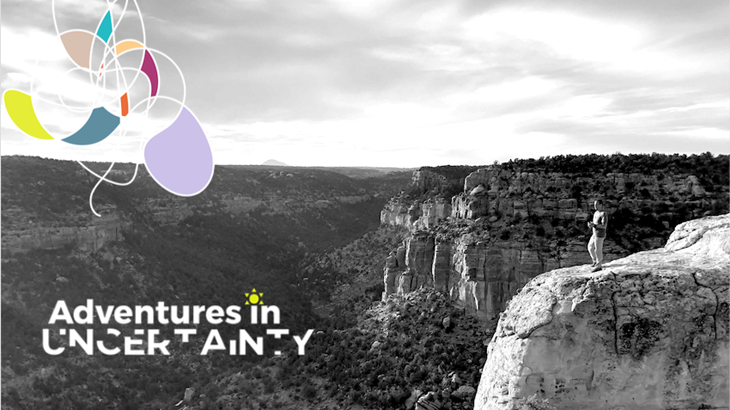 For 23 days I was in movement down the West Coast of America. This second Left Turn by boneshaker began just outside Seattle and progressed diagonally across Washington State to the northern entrance of the Astoria Bridge, which spans the Columbia River. It followed Highway 101 paralleling the Oregon Coast, eventually passing into California. A crossing christened by 4 flat tyres within 2 hours … the consequent descending of a large hill by foot first rolled-up by wheel … followed by 80kms on wobbly, patched tires in darkness lit by the light of my phone strapped to my boneshaker’s handlebars. The rocky shores of the Northern Californian coast - including the Avenue of the Giants which runs through one of Nature’s most Gothic of wood cathedrals - is possibly one of the most spectacular 1,000km one can feel at the methodical pace of 16kms-per-hour. I arrived in San Francisco after 1,536 kilometres traversed and 15,832 metres climbed (Everest is 8,848 metres high). 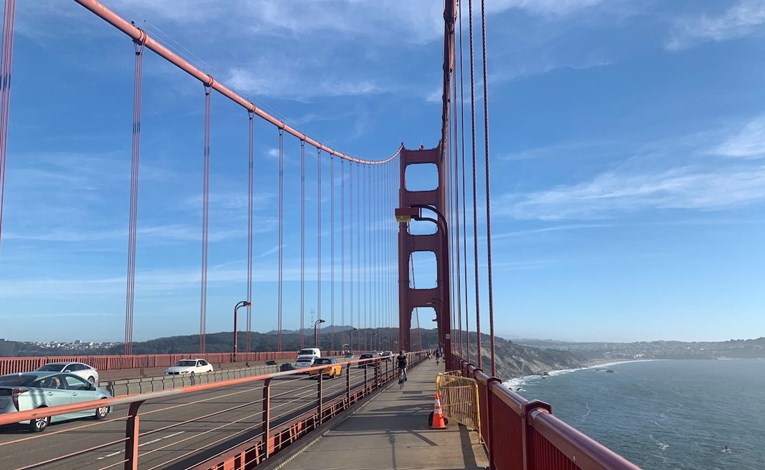 Along the way, I had moments of complete elation and exhaustion; A moment of near death … and was very fortunate indeed not to have; Moments of tempestuous pleasure skinny-dipping in cold, mountain rivers among bears. 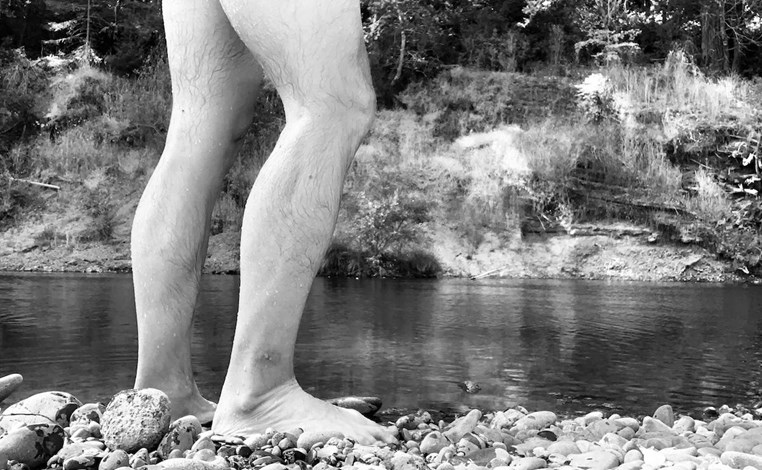 One of my sisters and my brother-in-law were waiting on folding chairs on the sidewalk outside their home with a garland of oranges. A few days later the adventure continued. I switched back to 4 wheels, and Turned Left for a 3rd time. This time driving via rag-top back across the US through its Southern States to New York City. Had I finished in SF, the incomplete ‘shape’ of an L would not have been quite right … not as beautiful as the closed shape created when one ‘returns’. But, equally, there is risk in returning.

Which brings me to the point of this Episode: Adventures are risky since they create the possibility of self-honesty which isn’t always welcome.

When I arrived in Kirkland, WA, after 'Turning Left' for the first time, and before 'Turning Left' by boneshaker down the West Coast, my wonderful 87 year old Uncle underwent a life-threatening surgery. We spoke for an hour-and-a-half the day before. A conversation I recorded not knowing whether it’d be the last. I asked him a simple question. What does it mean - to him - to be ‘a good man’ (the topic of my current book). His answer: The genuine pursuit of self-honesty, since with self-honesty comes humility, creativity, care, joy … and agency! Characteristics that are essential for thriving in uncertainty.

You know when you’re being dishonest. You know that voice. You’ve heard it. But the less you’ve listened, the quieter it will have become until it’s no longer audible. Those who live with self-dishonesty live in a house of cards, as one dishonesty requires another to rationalise it. And thus the card house grows. Complexity is replaced with complicated. Resilience with high-maintenance. Defensiveness is the force holding the cards together. Dishonesty recruits others who will validate its behaviours and perceptions - much like the Truman Show, where everything is designed to maintain the delusion.

Which is why the most courageous, strongest, and riskiest thing one can do is not an action. It’s a word. A word that is prevented by most organisations, religions and totalitarian governments. The word is ‘Why’. Why acknowledges the possibility of doubt. And doubt fells the cards. Much safer - it seems - is to stand still … to be passive.

But no experience is passive. While experiences can ‘just happen’, they are not imbued with inherent meaning. Their meaning encoded by your brain is your response. Do you respond with thoughtfulness or panic with blame or ownership? It’s in the honesty of the response that reveals and creates you.

Adventure is to create a context in which you can respond … and in doing so make your implicit self explicit … if you have the courage to look honestly. Riskier still is to not look … to not be willing to move. In nature, systems that don’t move (in body, brain or ‘soul’) are selected out. The world changes - as you know explicitly with COVID. And what is true with COVID has always been true. Adapt or die.

Our society has a strong misconception about what is needed to adapt … to be creative … to thrive in uncertainty. Needed - we’ve been told - is to be open to new experiences. To be an ‘Extrovert’ and Neophile (those who love the new and novel). But, to adapt is not simply a function of a the diversity of sensorial experiences of nature, love, work or sex. To be adaptable requires a different kind of openness (which can be found in introverts as much - if not more so than - extroverts). What is required is to integrate across diversity.

And that requires letting go.

To have the courage to let go of the old … to let go of previous conceptions and meanings of self and other ... to let go of your subjective reality … to pursue truth … is far harder … far more challenging … far riskier than simply pursuing validation.

And this is where The Return lives. It’s not in forgetting the past - as is the literal aim of electric shock therapy. It’s in evolving the self by integrating the past with the present … in the place where that past self was created.

Experiences create emotions. And emotions live in the world where those perceptual emotions were created. Your assumptions and biases are literally tied in your brain to the people, place and things in which those perceptual realities are associated. Hence why PTSD is most saliently triggered by the people and places in which the trauma was experienced.

Every perception, then, has a location, which is encoded in your hippocampi - Seahorse shaped structures at the base of the lateral ventricle deep within the hemispheres of your brain. What’s true for your brain, is also true for all brains, including the pollinators who keep us alive. When I trained bumblebees to solve puzzles of colour, we discovered that their primary reference was not the rewarding colour, but its location. Hence, their first strategy was to fly to where they were most recently rewarded. And only if that didn’t work would they fly to the colour of the rewarding flower. (Click here to see how our bumblebee research led to the youngest published scientists in the world and the youngest ever TED speaker.)

Place, then, is primacy. Your emotions - good or bad … the perceptual meanings that shape you, live where they were created … and they will be triggered by your return to that place. Which is why the Lab of Misfits with Dave Strudwick, when working with children from deeply challenging environments, first creates a sandbar in a new environment to safely encode new (more positive) experiences of self. Only then do the young people embark on their second part of their adventure: The Return, where they face the literal physical locations and people of their previous fears, behaviours, perceptions. Expanding in this moment is not inevitable.

It must be fought for, and then practiced … every day.

Expansion is an exercise. You wouldn’t go to the gym once, and then say: “Brilliant, I’ll now be in physical shape for the rest of my life”. To keep your body in shape, you know you need to move … to regularly elevate your heart and respiratory rates for extended periods of time - ideally 30 minutes or more every day. And yet we fail to apply the same logic to our brains. Why? Because we have been presented so often with the false dichotomy between the ‘mind’, ‘heart’ and ‘body’ by Gurus and spiritualists (such as Deepak Chopra). They are not different.

The brain IS the body. It’s nothing other than another organ, no different from your liver, intestines and muscles. It came from the same pluripotent stem cells, which specialised into the different parts of you during the development of you. Just like all the other cells in your body, your neurons can also atrophy or grow, they can become healthy or pathological … depending on how you use them. Drink too much and you’ll destroy the cells of your liver. Don’t experience difference … or critical thinking, or care and compassion, and you’ll do the same to the cells of your brain. But it’s bloody hard work - and it’s meant to be - since your brain, which is only 2% of your body mass, consumes 20% of your energy. Thinking is hard. Thinking is expensive. Which is why so few do it.

But it’s worth it. Integrating across diversity can create a foundation for all those things that came before. Consider time. When I was hiking through the Zion National Park in Southern Utah, the strata of Geological time was apparent as sediment layers moving upwards toward the sky. The newer above the older. The diversity of sensorial experiences are similar. They happen in sequence in time. In some sense one ‘above’ the other … one a consequence of the other. 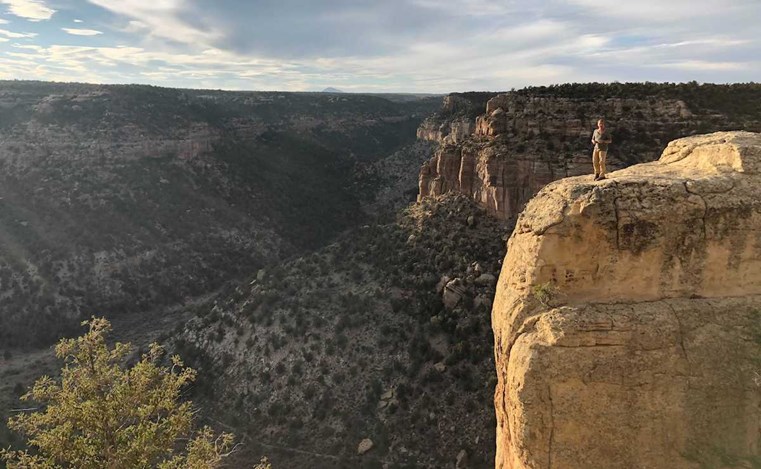 But when we return from the diversity of the adventure of life … and seek integration across that diversity, which requires letting go of one’s previously assumed reality, the experience of the return strata of time is inverted. In that moment, life extends not upwards towards the sky, but downward towards the earth’s core. Where the most recent becomes the basis for everything else that came before. The complicated collapses into an integrated whole.

Imagine watching a play with 11 characters, each with a completely independent story-line. The energy to maintain all those disconnected stories in one's brain is vast. These 11 characters are metaphorically your different selves in space and time. Now imagine watching the same 11 disparate story lines, but with the understanding of the deeper principle that connects them. In that moment of understanding the energy required by your brain is significantly diminished. That’s what self-honesty does. That’s where truth lives. When you return to the place of your origin and not only face the emotions, perceptions, fears and previous joys that are waiting for you, but come to understand the why of their previous existence. In that moment of understanding of the past you will change how you will see in the future.

‘The Return’ is a critical part - if not the most essential part - of adventure. When you return (in my case after nearly 4 months of what I’ve come to call ‘Vagabonding’), your brain can experience the cognitive dissonance between the newer, nascent, questioning self and the more familiar, more established self who was left. What’s fascinating is that the older self - who seems to have all the answers, waits for your arrival with open arms like a loyal friend ... keen to reestablish its place in the hierarchy of things.

As I wrote in the first Episode of this series, there were reasons for starting the adventure … for turning left. It was not for celebration or fanfare. There was pain and challenge of what was, as well as excitement of what might come to be. Upon returning to New York after 3 months of thousands of miles of movement across 35 States, I’ve set myself time and I hope the grace to re-define the meanings and perceptions that are encoded in my hippocampus that are tied to this place. In my return there is the opportunity to not ignore that way of being … that self … that was waiting for me.  But to expand upon it by laying a foundation of understanding that enabled me to see what was unseen before … in a never-ending attempt to pursue self-honesty (and hopefully laugh).

Next week I’m Turning Right across the sea to Europe to start the next spiral ... again!

We have designed an experiment to assess your appetite for risk. Afterwards, you can compare your score with others and see how this might affect your approach to risk in your daily life. Go to this page on our new EXPERIMENT page to take the test.