Menu
< Back to community 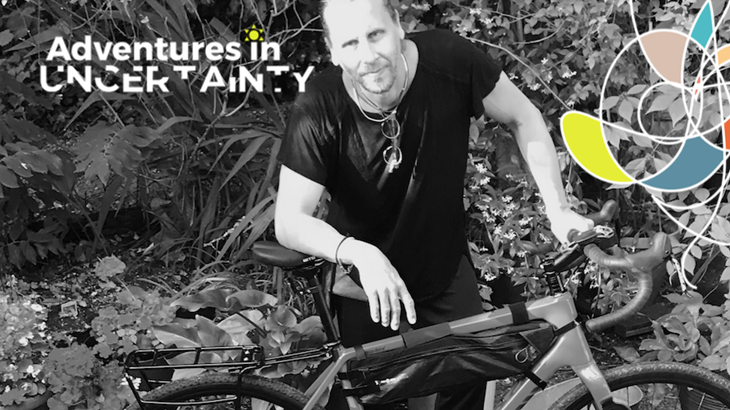 EPISODE 4: LIVING IS AN EXERCISE OF LIVING

I arrived into Kirkland, Washington last week, having driven from NY to Maine (for a lobster roll) and then crossed the Northern States over the course of the last 18 days … largely by ragtop-mediated, brownian motion. Kirkland is a small, charming, mask-wearing town on the banks of Lake Washington across from the larger, currently riotous Seattle. I arrived in order to tend to the most essential of our human uncertainties: Health. For the sake of privacy, we’ll leave it at that. But suffice to say, there is an inverse relationship between the wisdom of the brain and withering of the body that shephards it. It’s real. While that reality can inspire denial and depression, my family chooses dark humour, which shines a light into the shadows of our reality … with love.

In the next few days I’ll turn left again … this time by bike.

I will retrace the same route I took 32 years ago down the West Coast of the States. Last time my Mum remarkably followed me as my ‘support vehicle’. Because the body that carries the caring heart cannot always retrace its steps, I’ll cycle this time alone.

First I needed a bike.

The ‘Boneshaker’ was the nickname given to the earliest pedal bikes built in the 1850s and 1860s. They shook your bones because not only were their frames made of metal, so too were their wheels! How remarkable was the toughness of the people who came before us! Bikes without pedals or breaks came much earlier. The first known iteration was in 1418 by Giovanni Fontana (an Italian engineer). The design had four wheels and a rope that was connected by gears. 400 years later, a German aristocrat and inventor named Karl von Drais built a two-wheel version in 1817 called the ‘dandy horse’ or ‘hobby horse’.

170 years later I’m in Kirkland Cycles buying an evolved version of the hobby horse that couldn’t be more different: Made from carbon fibre - and therefore light, stiff yet accommodating, efficient and smooth, propelled with little effort. 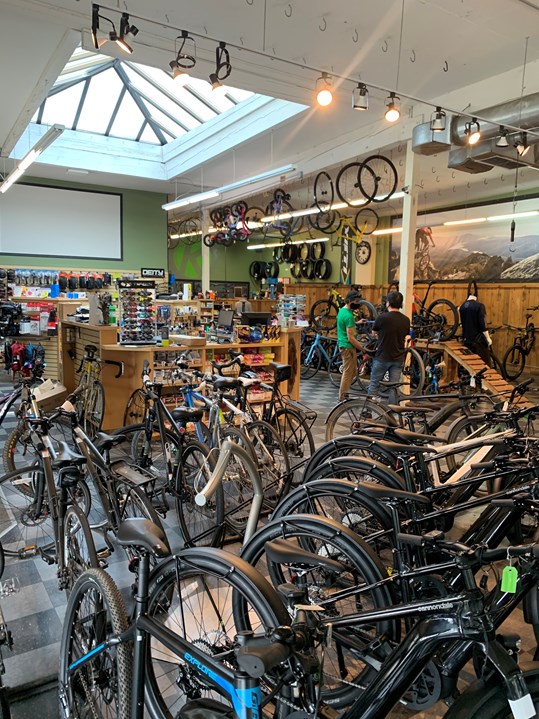 On my test-ride, Huck told me to turn right, then right again, then left up a gentle hill so I could see ‘how it felt’. I did. Halfway to the top, the bike felt great. I, however, was fucked. I’d gone not more than 2 minutes away from the bike shop and I was already tired! Suddenly I discovered that my daily runs were not enough. I was (indeed am) not yet in good enough shape to complete the 1,600 kilometres to San Francisco that lay before me.

Which brings me to the point of this blog:

We don’t train and then live. We train by living.

We don’t overcome our fear of uncertainty and then step into it. We don’t first overcome our pain before stepping forward. We get in shape along the way through the exercise of living. While I’m not yet in the shape required to finish my adventure. I’m in good enough shape to start it!

Adventures are hard and at times we get sore and lost in mind, spirit and body.

My mind, spirit and body are no different, since my chosen adventure embodies this metaphor … purposefully so: The body doesn’t lie; Our brains do. It’s our actions that create and reveal who we want to become.

Each day I’ll go as far as I can. But since I don't know how far that’ll be, I’ve no idea when I’ll stop or indeed where I’ll stop (I have a tent in the event that I have to stop in-between ‘the-here’ and ‘the-there’ - which is actually where life is lived). Each morning, the soreness will eventually pass as the slow-twitch and fast-twitch muscle fibers of my legs warm and reconstruct themselves from earlier damage. Each day will become a little easier and/or I’ll go a little further. (Keep in mind that a bit of positive delusion is also important to live with a more positive outlook - which is scientifically true actually).

In addition to delusion, another - more useful - fuel that propels us forward into living, that helps our brain to overcome the pain that seems to inevitably to recur in life … and may even help us use that pain as the reason for our cells to pedal onwards ...

... is to pedal for another instead of yourself.

In this time of COVID we’ve all seen - and indeed throughout history we are here because of … those who stepped forward … first. Into the fire … first. Into the protest for the freedom and dignity of others … first. Into compassion within conflict … first. Today we call some of these people ‘first responders’, who risk themselves every day for an anonymous other in a time of pandemic. Others we call parents, teachers, friends and lovers (at least when done beautifully).

We know from neuroscience that we will all go further if it’s for the benefit of another. The Lab of Misfits has shown that you’ll even endure more pain if the endurance benefits another brain more than your own. We are wired this way … a wiring that can be lost if not exercised … if not maintained … if not kept ‘in shape’. For toleration IS an exercise. Compassion IS an exercise. Love IS an exercise. Love is not a single decision from which we passively benefit in the future. It’s every day … it’s right now. As with all exercises, it is a choice because standing still is a default. But don’t be fooled: We can equally exercise our pride and anger. They too can become easier if you choose to exercise them instead.

When I first cycled down the West Coast over 30 years ago, I had the added help of children with Down’s Syndrome, specifically a school called Merrywoods, which has since become part of Kindering. I decided that my ride would be in service of them. A modest gesture for a group of people doing far more remarkable things for others at far more personal cost than I.

Being is service - no matter how modest - helps you contend with times of personal uncertainty, sadnesses and pain. It’s a ‘strategy’ that I highly recommend. It doesn’t dissipate your pain. Rather, it helps you to engage with it directly from the perspective of expansion rather than contraction. Consider the fact that if you were to literally look inwards, you’d need to lower your head and round your shoulders in order for your eyes to gaze navelward. This is a claustrophobic, disempowering pose. On the other hand, to look outwards requires you to raise your head, straighten your back - if not arch it … so that your eyes can gaze into the distance beyond yourself literally and figuratively. It’s a physically open way to see the world and yourself in it.

As I discussed in a previous blog, to be in service in times of your own, uncertainty helps you step into the ‘Not-A’ of the pain itself, thus creating the possibility of redefining it … rather than maintaining its previously recycled meaning.

Looking outwards tells your prefrontal cortex to look away from itself … to the existence of another. Doing so will help create a positive feedback loop that will increase your brain’s ‘intrinsic reward’ of dopamine and other neurotransmitters and hormones that will disrupt the ‘negative neural attractor states’ of your brain.

I chose to ‘be in service’ of children and adults with Downs because I believe them to be remarkable individuals. Some of the most honest people I’ve ever met … even more so as I grow older where self-honesty seems increasingly harder to find (look no further than politics, which has tremendous impacts on all our lives). Most of us could learn a great deal about authentic integrity, trust, kindness and doubt from their actions - for it is what we do that speaks with salience and less what we say.

One of my roles was called ‘A Hugger’ for the Special Olympics. The task was - not surprisingly - to hug. More accurately, to be the incentive for others to run! You see young people with Downs view competition differently - if at all. As the Special Olympics is about competition, this creates a challenge. How to get these beautiful young people to ‘race’ each other if they are more interested in 'being' than ‘winning’. The way you do it is by putting an equal number of ‘huggers’ in a line just over 100 metres away - i.e., just on the other side of the ‘finish line’. When the starting gun sounds, the racers do indeed run. But not against each other. They run to be hugged! At the end of the race, ribbons of placement are handed out, which I always found to be a tremendous irony: Wondering who at that moment had the ‘special need’? 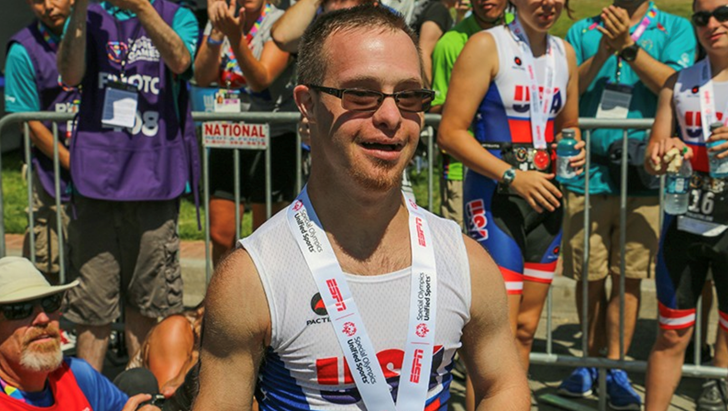 Sit, if you will, with that image. Are we not all the same? Do we not all need to feel held, chosen, listened to … touched physically and emotionally.

Would we not all run to be hugged by that special someone who truly cared? And do we not often shy away from doing so because we lack the self-honesty of that need, and instead cater to the safety of our pride? For our need to be hugged (physically and/or emotionally … for a lifetime) is vulnerability incarnate. We know from neuroscience research that it’s really only through vulnerability that our brains create love ...  a love that has the possibility to expand … when engaged with the humbling perspective of “I don’t know”. Which is why the willingness of these ‘special needs’ athletes to be vulnerable is one of the greatest ‘courages’ and lessons I’ve experienced in my own life.

It’s also why this second ‘turning left’ - over 30 years later - is in service of raising money for the Special Olympics - to whom you can donate here. 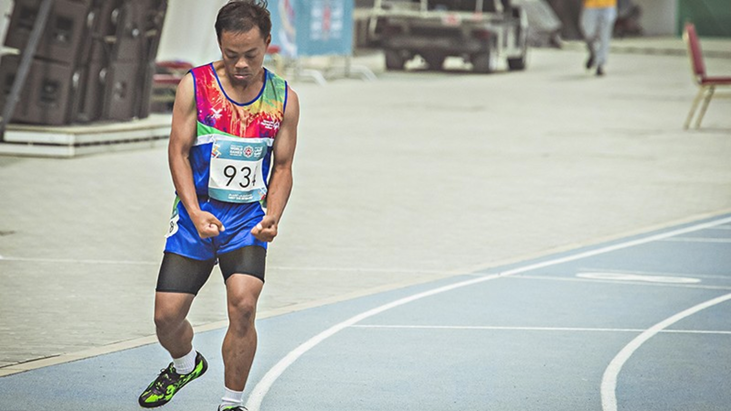 With that said, I would like to ask you two favours: The first is to donate financially or personally, if not to the Special Olympics, then to any cause that will give yours cells the energy to pedal forward such as First Responders, Black Lives Matter, etc. Or a charity that is local to you. A beautiful example is this charity - 'Huneebee Project' that brings bee hives to community gardens.

The second is personal. My ride will take up to 30 days (partly because I’ll continue to be guided by brownian motion, this time cycle-mediated). On my ride, I’ll practice living by directly engaging my own uncertainties, insecurities, pains and biased perceptions. I’d love it if you too could do it with me: To use the next 30 days to create a practice that will exercise your life. Maybe it’ll be to literally exercise, which is a great idea in a time of COVID (I know at least one person who will be doing this for their 30 days). Maybe it’ll be love: To exercise your ability to overcome your pride and engage with self-honesty. Whatever it is for you, big or small, right or left, I’d love to know what it is, since knowing will help my own cells have a reason - beyond O2 and ATP - to propel my boneshaker forward.

We would love to hear your examples of how you’ve chosen to ‘exercise your life’. If it’s not too personal, please contribute at the bottom of this blog, to encourage others to do the same.

PLEASE  SHARE THIS WITH OTHER MISFITS IN YOUR LIFE 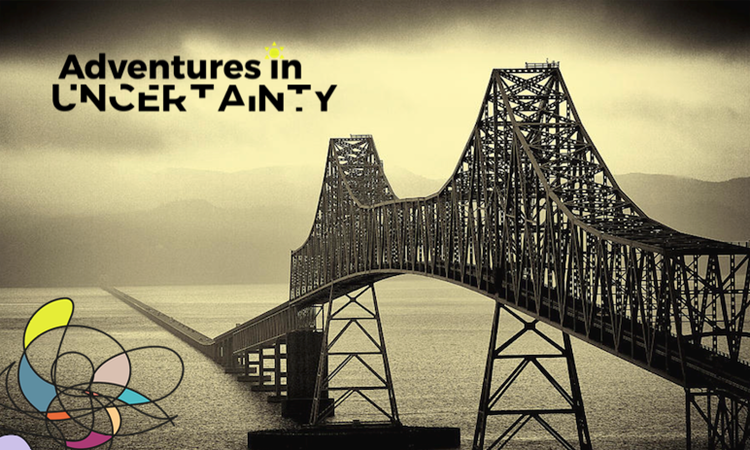 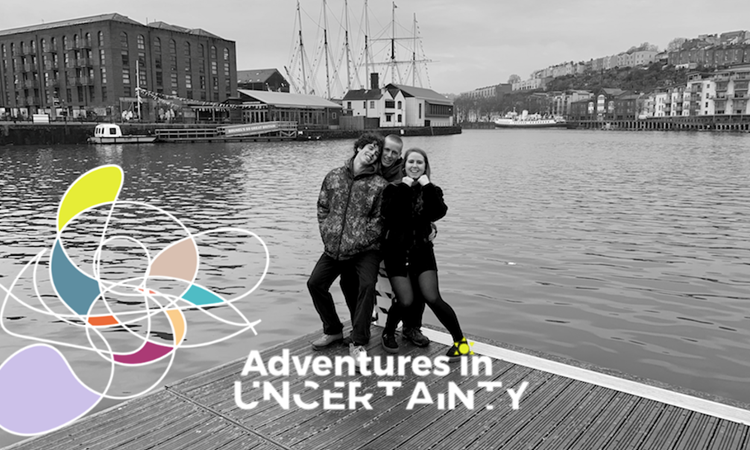 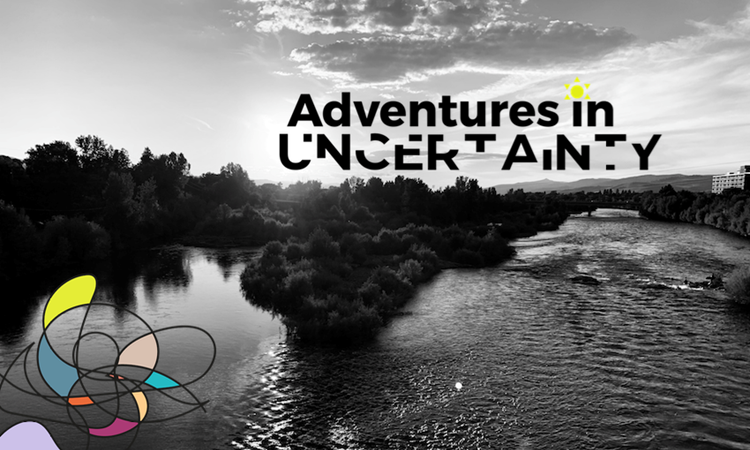 EPISODE 10: LEADING OTHERS INTO THE DARK 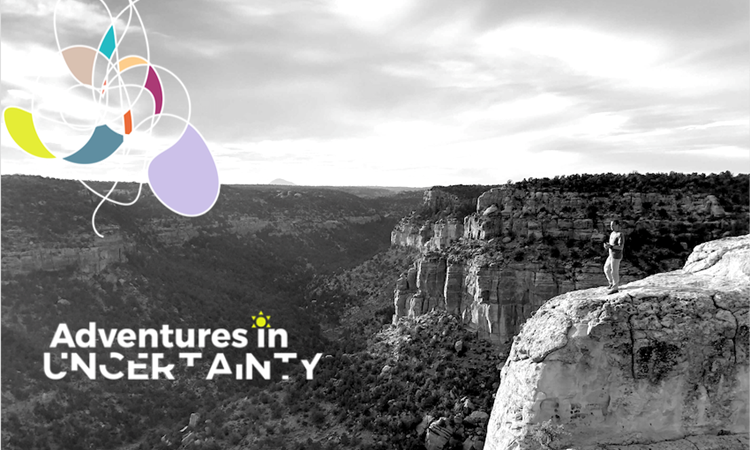 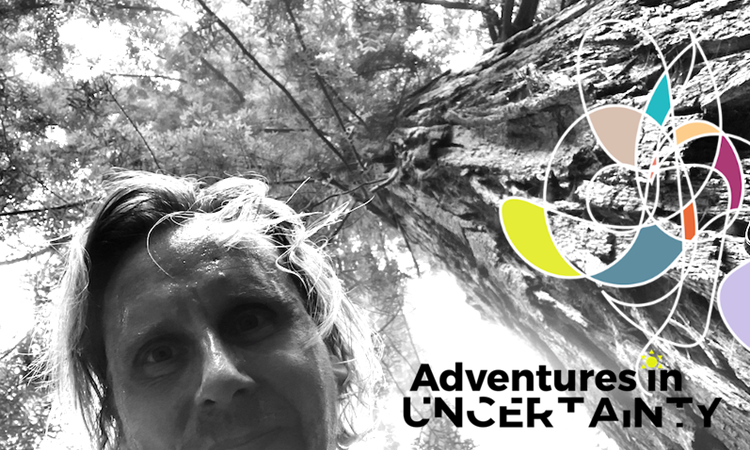 EPISODE 8: THE POWER OF A REASON 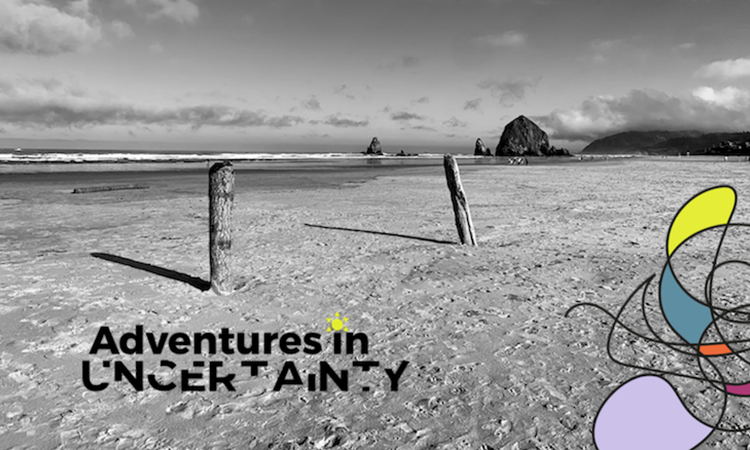 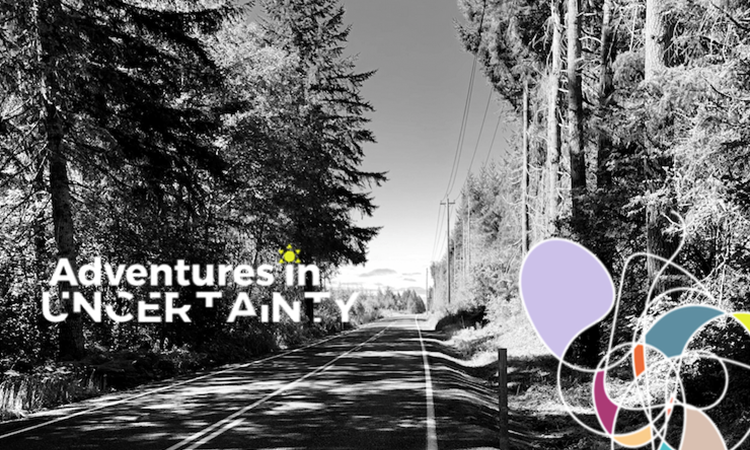 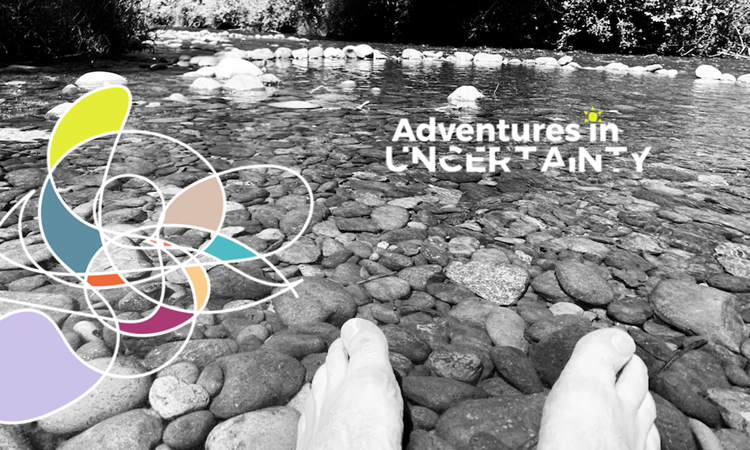 EPISODE 5: EVERY ADVENTURE BEGINS IN THE SAME WAY 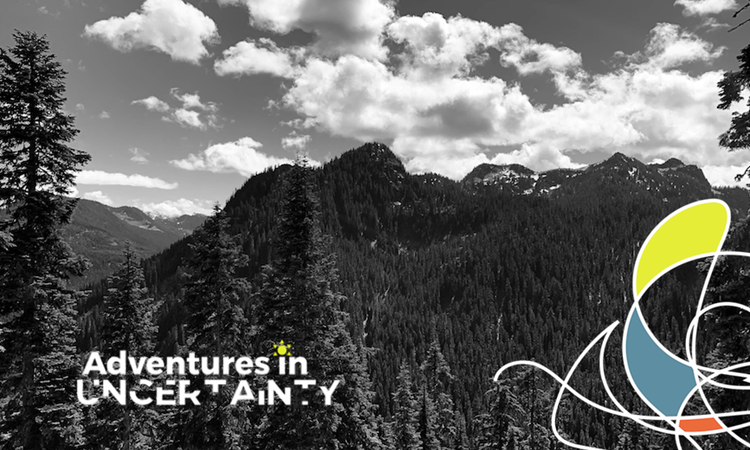 EPISODE 3: THE SECRET TO SUCCESSFUL ADVENTURES IS LISTENING 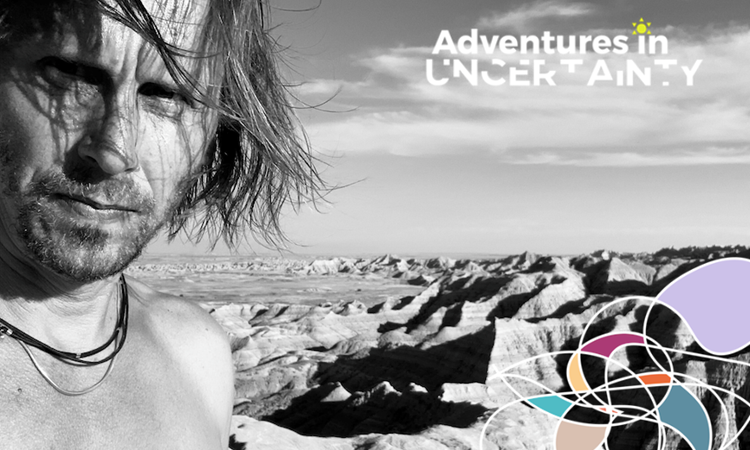 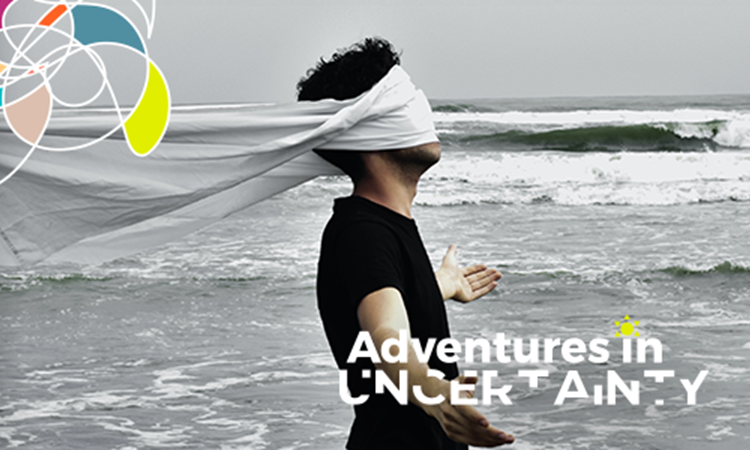 We’ve developed experiences specifically designed to explore the values that drive people's decisions in a meaningful way. From mobile apps to immersive installations, learn more about the physical and immersive experiences you can be part of. 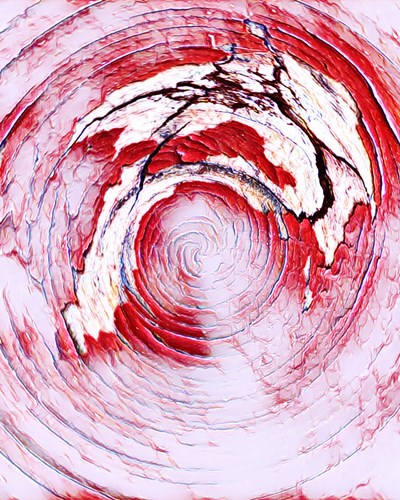 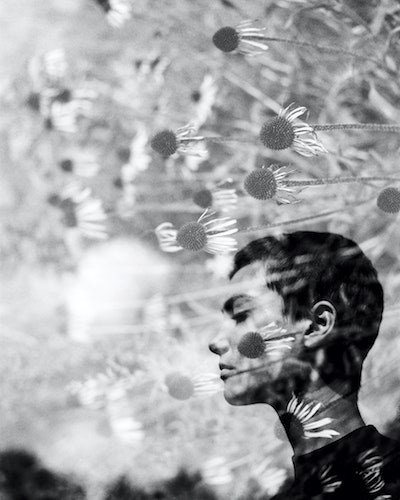 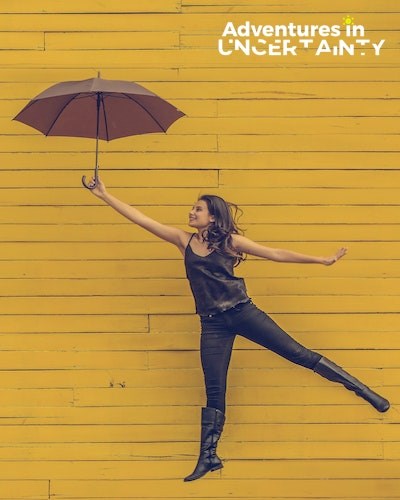